Get fresh music recommendations delivered to your inbox every Friday.
We've updated our Terms of Use. You can review the changes here.

The Day Happiness Found Me 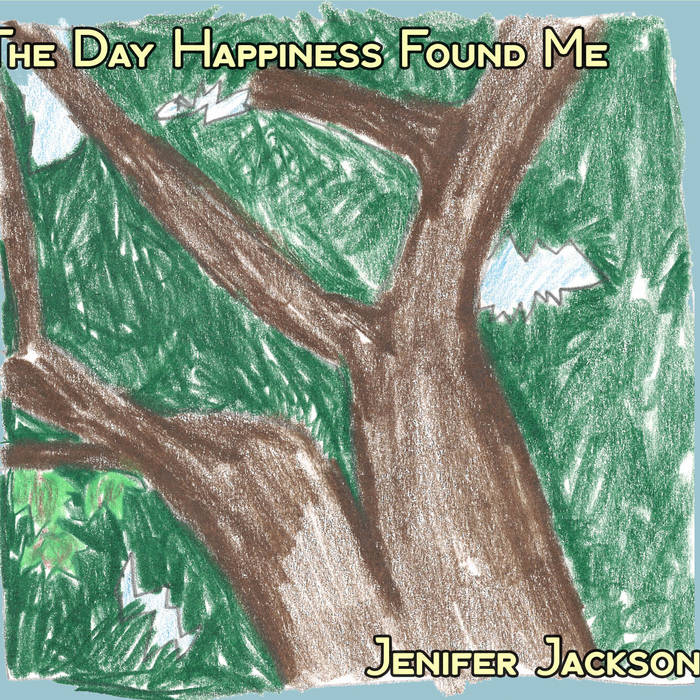 As you may already know, Jenifer Jackson has been writing quietly brilliant, eclectic songs for a long time. Maybe you discovered her, as I fortuituously did, around the time of her paradigm-shifting bossa/Beatlesque/psychedelic pop album Slowly Bright a few years back. Since then, she's explored country music, jazz, classic soul music and even garage rock, coloring those songs with her inimitably crystalline lyrics and that amazing voice. This new album, The Day That Happiness Found Me, I believe, is her best. It's her most intimate, and, maybe ironically, her deepest. We tend to associate depth with sadness, if only because that's what most people learn from. I think Jenifer is ahead of the curve because she goes so soulfully into the good times as well! The way she keeps you in suspense and then finally goes up and nails the crescendo of the Philly soul ballad Baby Did You Think That Love Would Find a Way; the hope that curves ever so distantly, yet memorably, around her phrasing in the folk-pop gem In Spring; and my favorite track here, Maybe, an existentialist rock masterpiece: she grabs the chorus and breaks free on so many levels that it's not possible to list them here.

The arrangements are spare and intimate as well, like a Jenifer Jackson concert in your living room. Her own imaginative guitar and keyboard work is complemented by the gorgeously melodic guitar and keys of Chris McQueen and Chris Jones on bass, with Hem's Jason Mercer adding his own signature four-string excellence on What Makes Love Stay - the great country hit that could give Miranda Lambert some real cred - and the quietly triumphant closing cut, The Beauty in the Emptying. That one's about cleaning out the clutter during a move from one town to another, just one example of how Jenifer can create real poetry out of a seemingly mundane task. I've been fortunate to able to see her play several times, although not as many as I would have liked. If you get the chance, I encourage you to do the same; in the meantime, this album will draw you in, reassure you and keep you reaching for the repeat button

THE DAY HAPPINESS FOUND ME

1.The Missing Time
2.Groundward
3.Bring on the Night
4.What Makes Love Stay
5.Whispering Words
6.In Spring
7.Baby Did You Think That Love Could Find a Way
8.I Remember
9.Maybe
10.The Beauty in the Emptying

Jenifer Jackson is an American songwriter, singer and guitarist known for crafting intimate, understated pop songs. She embraces elements of old fashioned country, bossa nova, and folk in her writing and singing, and always with great soulfulness.

"I write about interactions with life, love, nature, time, loss and longing. " ... more

Bandcamp Daily  your guide to the world of Bandcamp

Frayle's Gwyn Strang and Sean Bilovecky join the show to talk about their cathartic new album.